“One of the most enchanting spot of the Amalfi Coast is Ravello, where many rich men live; one of these was extremely rich and his name was Landolfo Rufolo… ” (G. Boccaccio). As we see in the 4th novella in the 2nd day of the Decameron, the scenery and the monuments of Ravello, which was founded by a roman colony in the 6th century A.D., were already famous centuries ago. Perched on a 350 ft high cliff overlooking the blue sea of the Amalfi Coast, it has conserved its historical monuments through the ages in a natural setting which has few equals in the world.

One of the most important monuments in Ravello is the cathedral, a XI century church, founded in 1086, where one can admire the ambo and the pulpit decorated with Byzantine mosaics, relics such as the bust of Sigilgaita Rufolo, the splendid bronze doors by Barisano da Trani and the museum situated in the crypt. 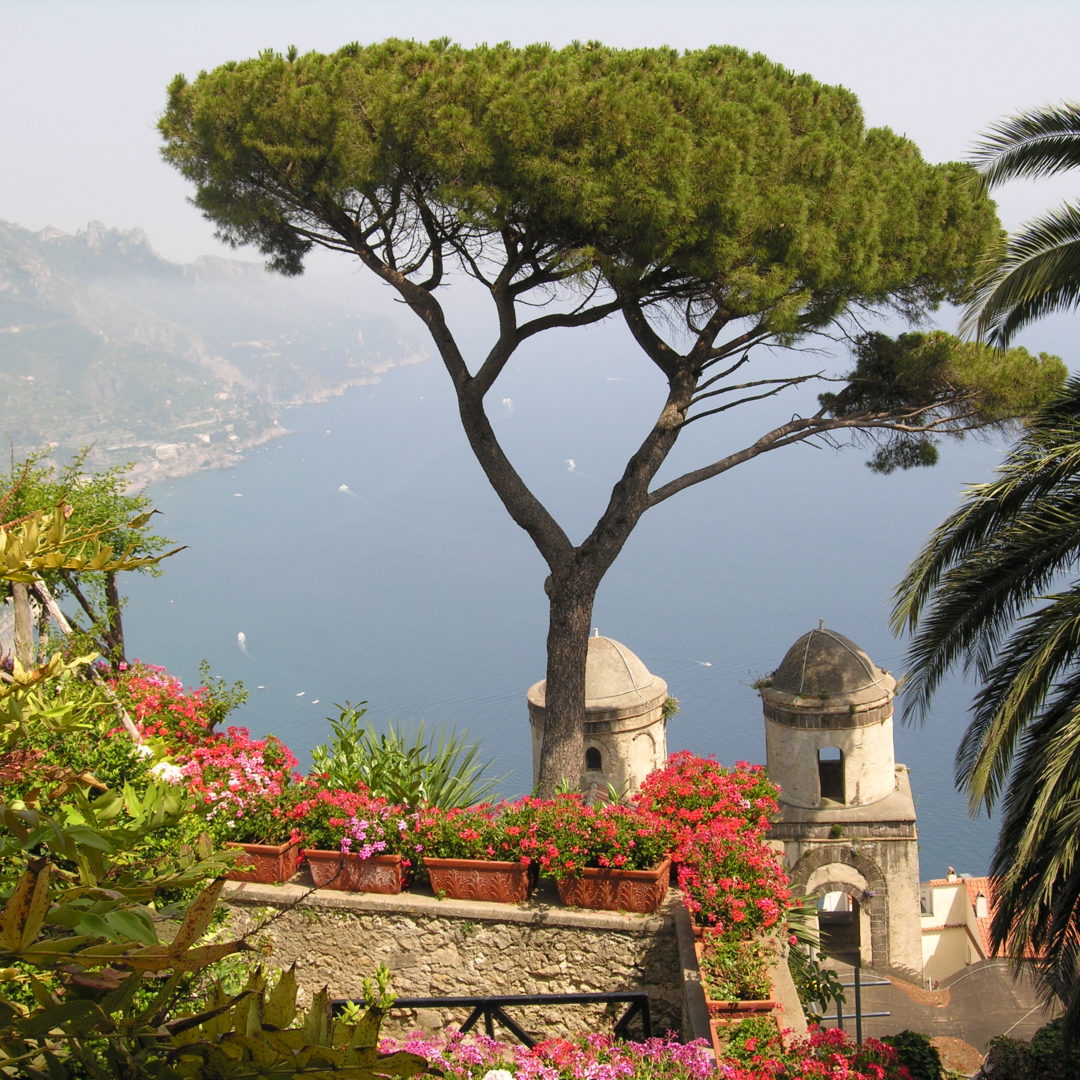 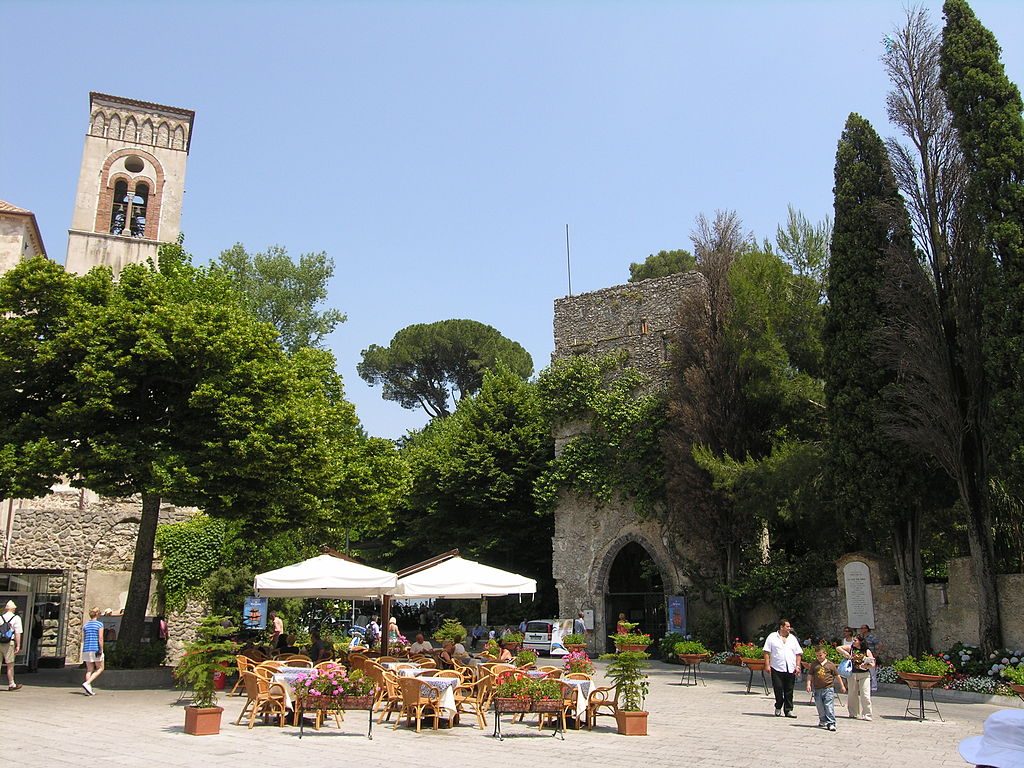 Villa Rufolo’s today looks come mostly from the arrangement carried out by the Scotsman Neville Reid, who owned the Villa in the second half of the 19th century. But the site is much older, as it is given evidence by the remains from the 13th-14th century period of the building. The Rufolos’ splendour reached its peak from the half of the 13th century to 1285 when, according to Wiedemann, the Rufolos were completely ruined because they sided against Angevins during the Sicilian Vespers. During Norman times the Rufolos were already wealthy merchants, well placed in the commercial and cultural exchanges of the Mediterranean, from Northern Africa to the Eastern Greek and Arab speaking countries, which influenced constantly the Southern Campania’s art and architecture.

The Rufolos helped the Angevins to come to Southern Italy and they were rewarded with particular privileges. When their power reached its peak, they built again their “house”, which represented their new political power and therefore, it was gorgeous, princely, rich; at that time it extended as far as the sea. The Rufolos succeeded in finding, out of the Arab and Byzantine influences, an architectural language able to express their social status with an architectural image which had no connection at all with the new sovereigns’ artistic culture, as if it could stress their political autonomy from the Angevins.

These circumstances made Villa Rufolo something unique, creating an image which was handed down by the popular imagination as the “one hundred sixty-five rooms villa”. In the following centuries the Villa slowly fell into decay because of the property subdivisions and of the collapses due to earthquakes and to negligence. Many parts were then lost and some rooms still lie under the present floor. In the 19th century the Villa was bought by Neville Reid, who carried out its restoration, according to the culture of the time, deeply influenced by the romantic taste for ruins. He restructured the principal building for housing, arranged the gardens to create a series of terraces, which often rested on the ancient structures. It is well known that the beauty of these gardens was such as to influence R. Wagner. In 1974 Villa Rufolo became part of public heritage thanks to the Ente Provinciale per il Turismo of Salerno and nowadays it hosts several musical events; it is the headquarters of the European University Centre for Cultural Heritage and of the Piano High School directed by Michele Campanella.

We use cookies on our website to give you the most relevant experience by remembering your preferences and repeat visits. By clicking “Accept”, you consent to the use of ALL the cookies or Read More for read the policy.
Cookie settingsACCEPT
Manage consent

This website uses cookies to improve your experience while you navigate through the website. Out of these, the cookies that are categorized as necessary are stored on your browser as they are essential for the working of basic functionalities of the website. We also use third-party cookies that help us analyze and understand how you use this website. These cookies will be stored in your browser only with your consent. You also have the option to opt-out of these cookies. But opting out of some of these cookies may affect your browsing experience.
Necessary Always Enabled
Necessary cookies are absolutely essential for the website to function properly. This category only includes cookies that ensures basic functionalities and security features of the website. These cookies do not store any personal information.
SAVE & ACCEPT